same as it ever was

Second to the BC hockey banner for “wait, really? Hah! Okay, sure!” commission orders: 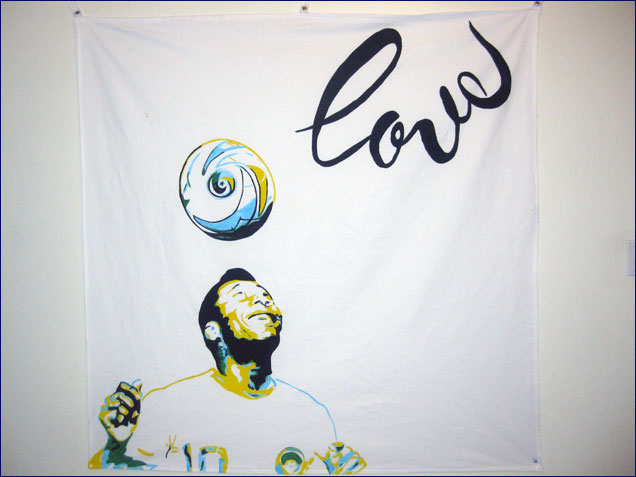 The New York Cosmos hit me up for an order mixing the nostalgia for the old team (Pele!) and the movement for the new one (that’s a new issue ball he’s heading). Very minimalist concept that emphasizes that we do what we do for the love of the game. Enjoyed working with a color palette other than red/white/blue/black/gold, but my favorite part of this was the font, a slightly modified Despeinada, chosen because it echoes the handwriting of Andy Warhol.

This is not the final version delivered to the client–this one got lost in the mail and the client received a repaint, which had slightly brighter colors and I probably should’ve photographed before shipping. Presented as a gift to the Cosmos’s Borough Boys supporters’ group.

This entry was posted in finished projects, goofy, somebody paid for this. Bookmark the permalink.