are you looking for the motherlode?

I’ve seen teams around the league swiping band logos for banners, though it’s always bugged me how they never seem to capitalize on their local music scene. Besides the fact that their “WHERE EAGLES DARE” banner always makes me want to stand on the opposite side of RFK with one reading “I AIN’T NO GODDAMNED SON OF A BITCH,” I’ve seen Rolling Stones lips (a common South American tifo theme) at DC United games, but don’t remember anything making use of the rich vein of DC Hardcore. I mean, surely someone’s thought to appropriate the first Bad Brains album cover? I’ve also seen Portland fans using Black Flag bars, though considering their local music scene inflicted the Decemberists upon us, I’ll excuse it. 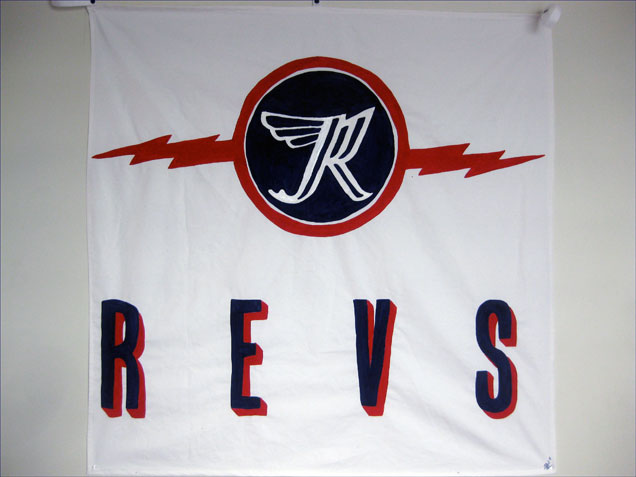 So I put my money where my mouth is, took some inspiration from one of New England’s best ever musical products, and turned the Pixies logo into a Revs one. The slightly off-center text is gonna haunt me–no, my child, that was not my desire.