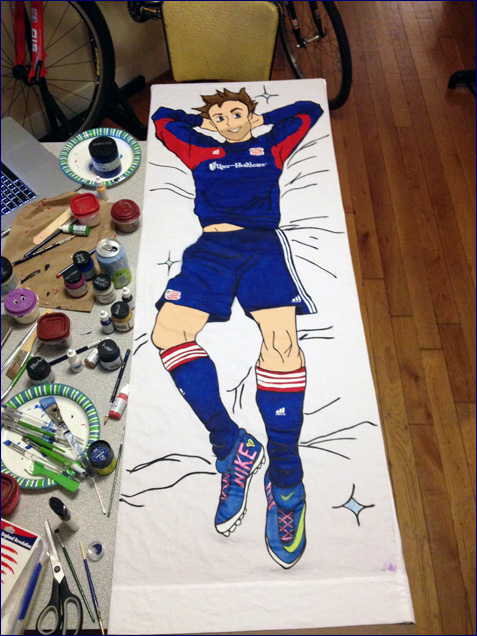 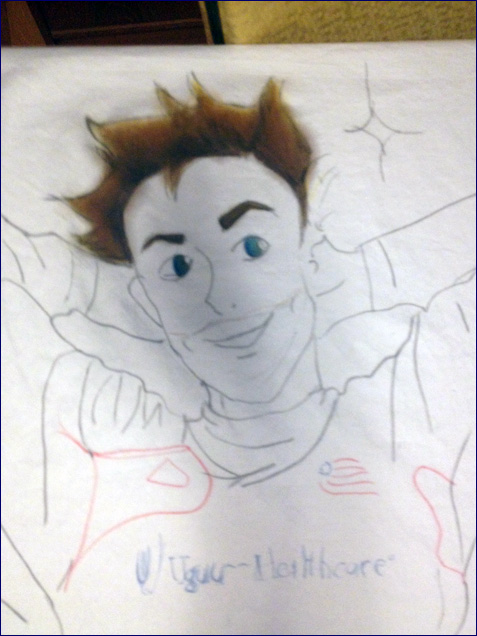 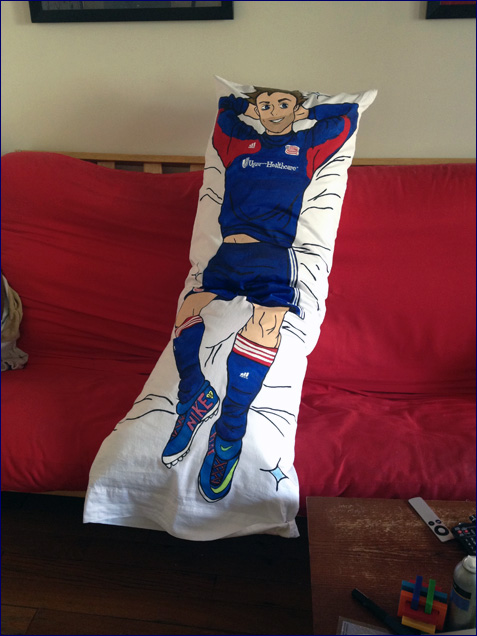 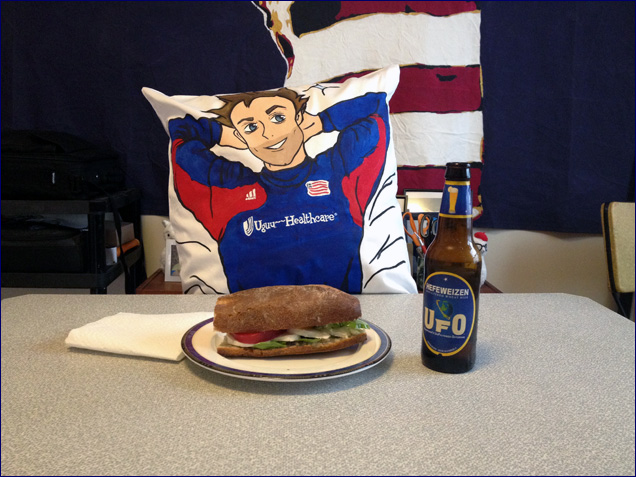 First, I gave him a good solid meal. 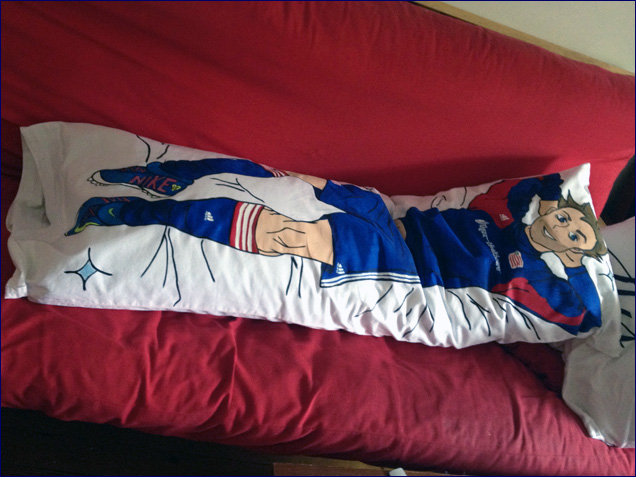 Then it was time for a relaxing pregame nap. 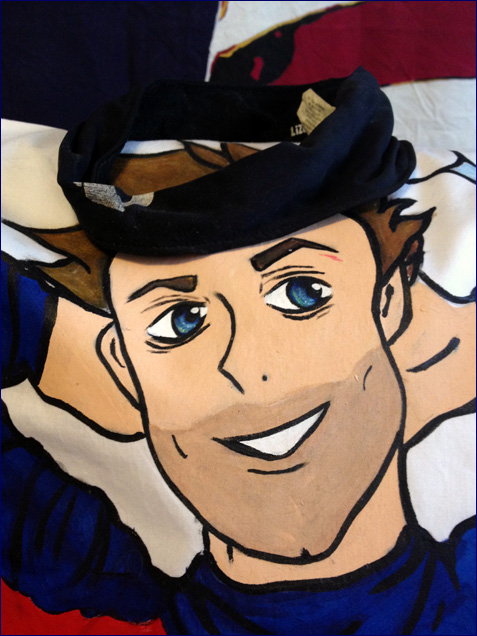 Oh, Big Creepy-sempai, you can’t play without your protective headband! 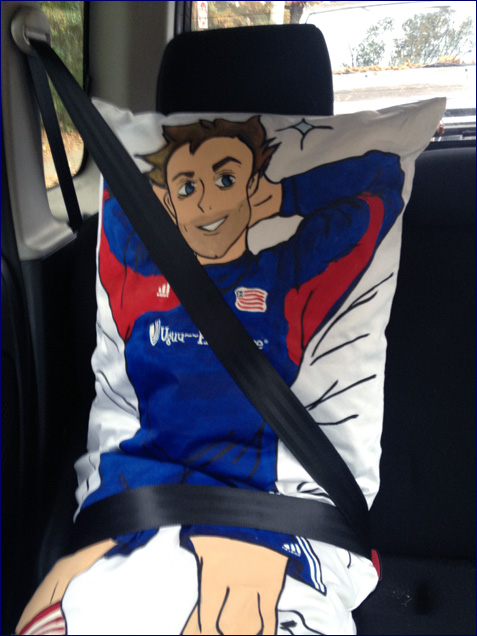 Time to go to the game! Let’s get you buckled in safe and sound. 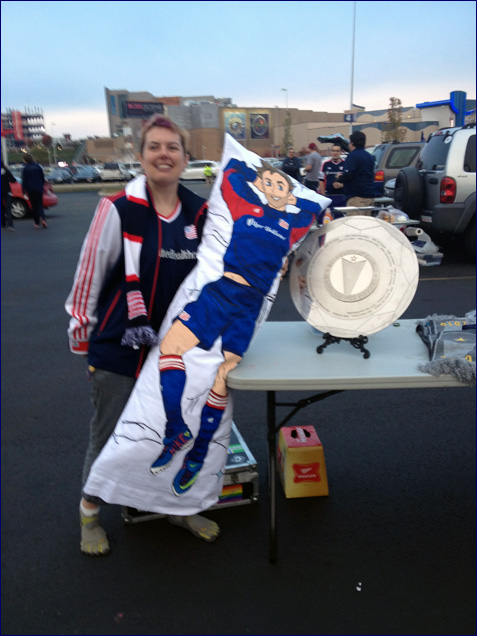 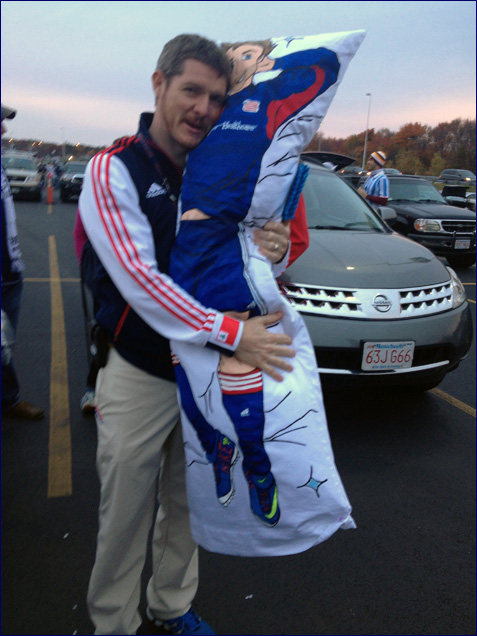 Aaaw! Even Cathal from the front office can’t resist a Big Creepy Hug. 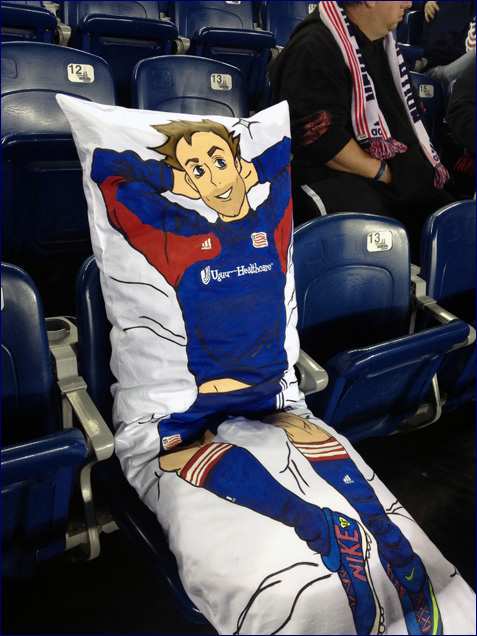 Disappointment! Looks like you’re on the bench tonight, Big Creepy-sempai. Maybe you’ll come in as a sub and help win~ 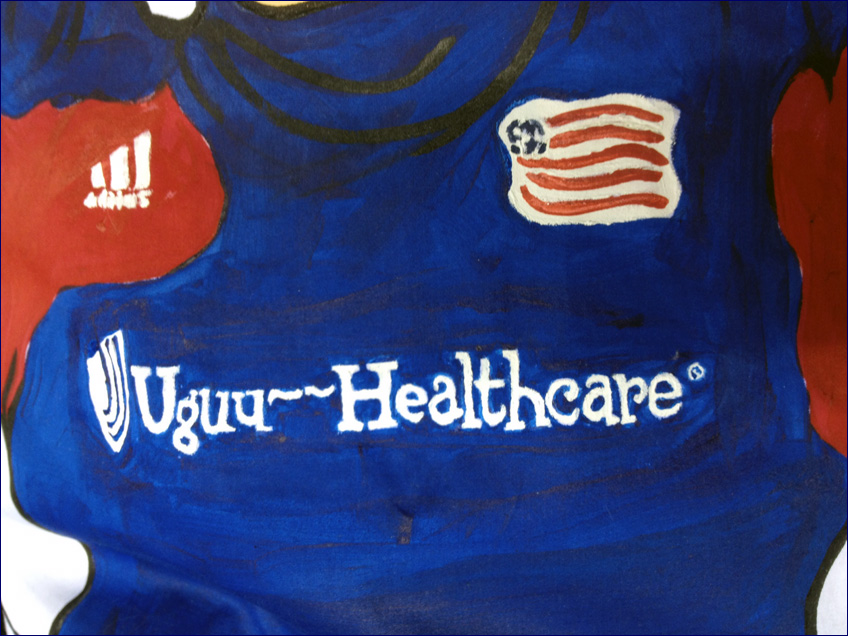 Closeup of shirt detail. Changed sponsor logo to Uguu~~ after a typical nonsense verbal tic from cute girl anime. This was the hardest thing to paint. BTW, I was asked if, as is traditional with the anime pillowcases, there was a “sexier” version on the back. Answer: Jesus Christ I know this man’s parents. 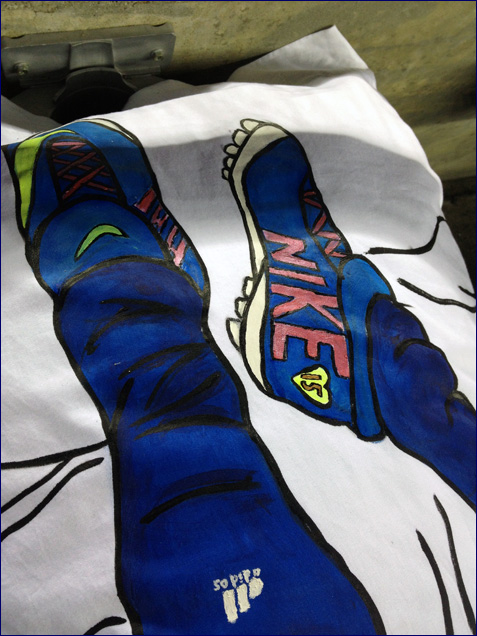 The kawaiiest Mercurial Vapor colorway is blue with chartreuse and pink detail. Also added a little heart for his number, which he wears in tribute to a friend. 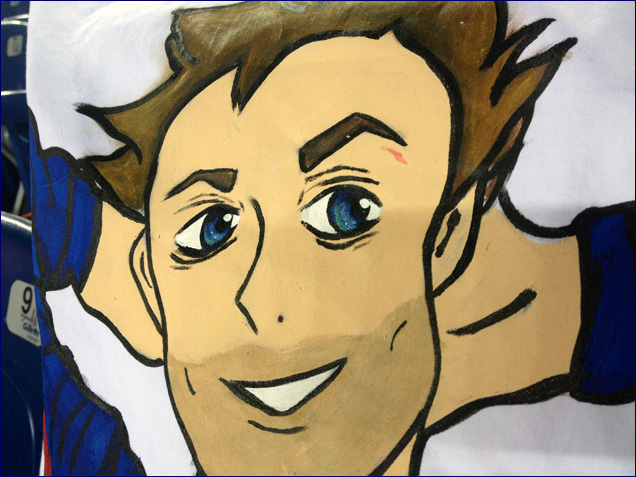 Close-up of big creepy glittering anime eyes, including the scar next to his left one. I got a lot of “wait, is that Kelyn Rowe?” questions. Rowe’s eyes are brown, plus he doesn’t usually have the 5 o’clock shadow. 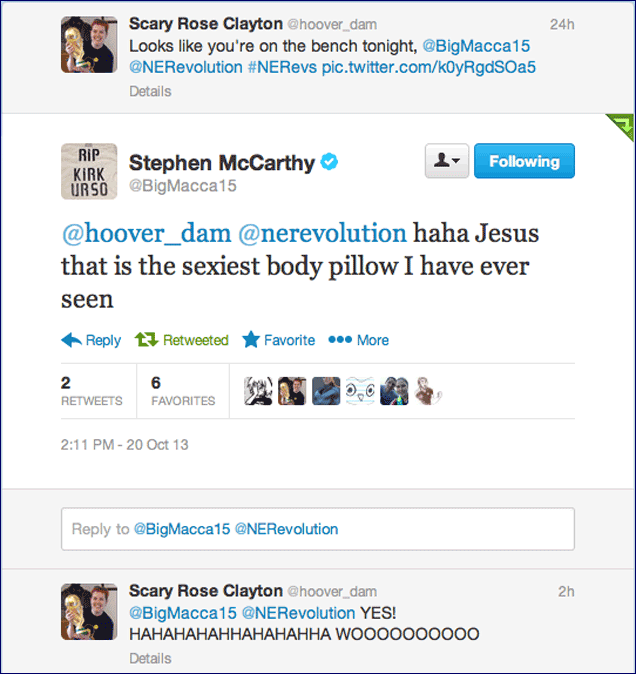 Success! I seem to have won the creep-off. As of now, I still have the pillow, but since Steve’s apparently a popular dude at Children’s Hospital, if he’d like to give it to a deserving fan over there, I’m happy to pass it along. I also got a lot of comments from people, mostly teen girls, wanting to buy one, which I think I’m gonna pursue with the team. Turns out there’s more Big Creepy Demand than I thought.

This entry was posted in finished projects, goofy, I can't believe we pulled this off, revs, why we do this. Bookmark the permalink.