Team keeps getting better, more guys keep getting banners. This is this year’s crop. 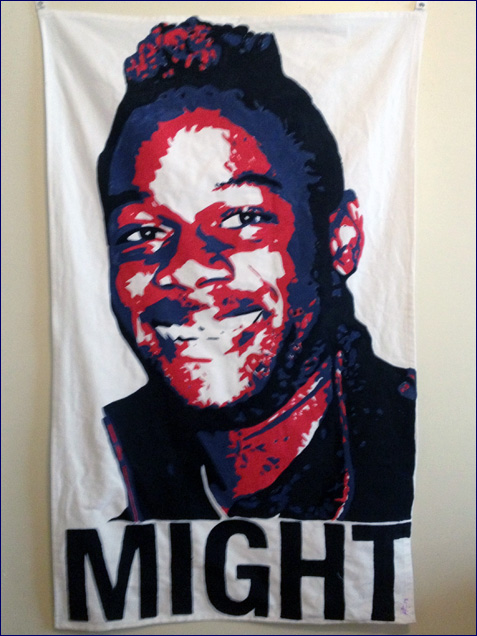 Andrew Farrell, “Might.” First draft pick gets first banner of the year. Might as in strength, force, weight–and possibility. 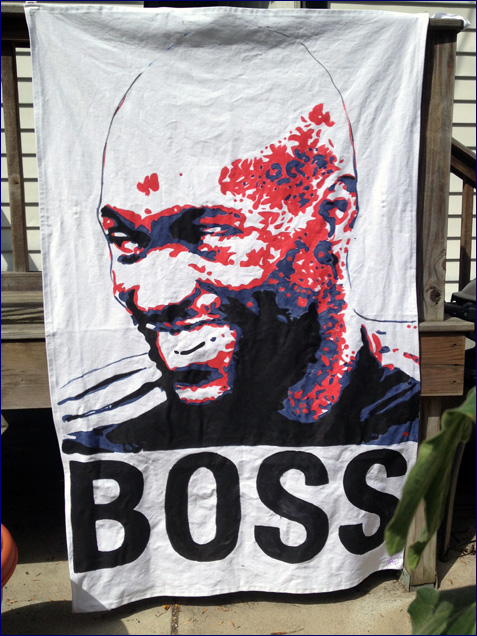 Jose Gonçalves, “Boss.” That’s who he is and what he does. Matt Reis said it was a nice photo of Avery John. Credit to Kari Heistad for finding one of the usually all-business, all the time Gonçalves smiling. 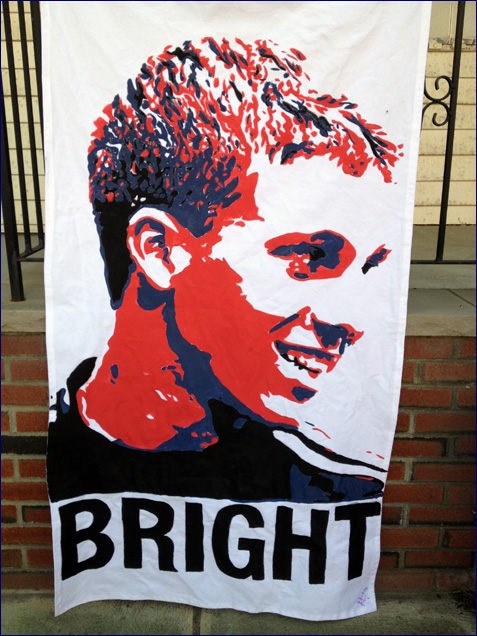 Scott Caldwell, “Bright.” From the academy to outplaying veterans to earn the starting d-mid slot, that takes some smarts. 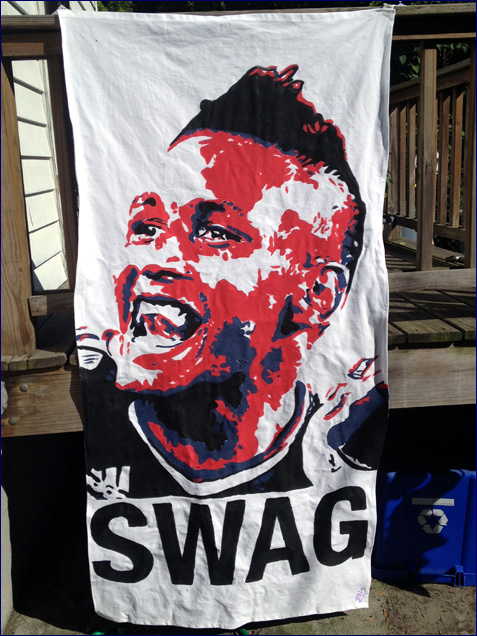 Juan Agudelo, “Swag.” I was undecided about this one, since it came due roughly the time it was confirmed he’d be leaving at the end of the year, but the truth is even if he was a short term rental with an uneven injury status, he’s lit up the scoreboard one too many times not to get a banner.

When DaMarcus Beasley was named captain of the MNT for the Gold Cup, it got me thinking. 16 trophies in all competitions, personal and team titles included. Never seems to get the credit, though; always seems like he’s taken for granted as though he just sort of popped out of a suitcase in Korea in 2002 and is now included as part of the team’s kitroom stock. Dude’s gonna be starting for the US in the 2022 World Cup, isn’t he? Hardest working man in show business. 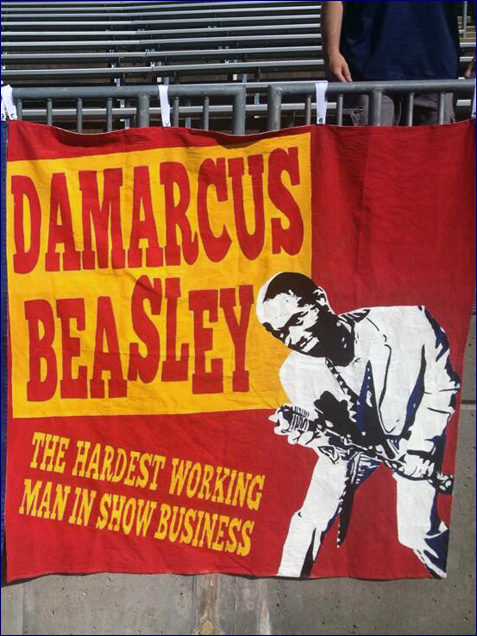 Modeled after the cover of disc 2 of the Star Time box set, here’s DaMarcus Beasley as James Brown. To head off the inevitable: I used that rather than the “Living in America” getup because I needed young, fit James Brown. Finished it literally 45 minutes before leaving for the Gold Cup game in Hartford, where it got some good notice. All we need now is someone to come off the bench and help him off the field by holding a 30 pound cape over his shoulders.

denim as far as the eye can see 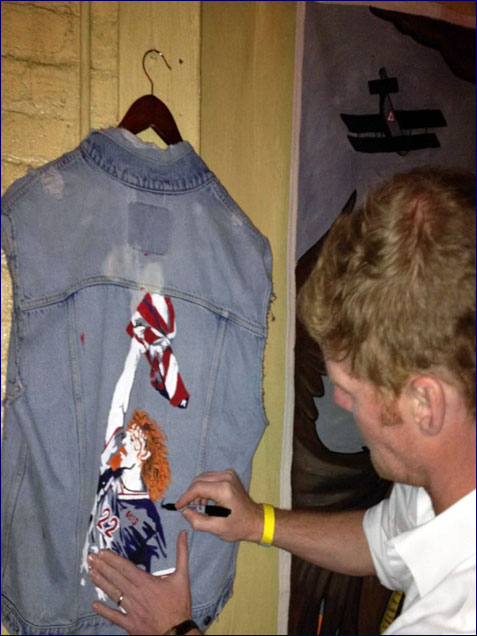 Posted in finished projects, goofy, I can't believe we pulled this off, nats, why we do this |

I’d had a half-formed WWI poster repro in progress for a while, and then the Futbol Artist Network gang approached me about doing a piece for their first group show, to be held in conjunction with the Kicking and Screening film festival in NYC. I knew right away that the WWI poster in question would be the piece to do.

The Mexican flag is period accurate to 1918, the date of the original poster. Mexico, of course, wasn’t involved in WWI, having more pressing domestic engagements at the time. The aircraft roundels are modern, artistic license taken because the 1918 Army Air Service roundel isn’t as distinctive as the current one.

The two new techniques I learned painting this one: Streaky lumpy paint and how to get something that’s five feet wide by seven feet tall scanned to print quality. The lumpy streaky paint comes from mixing the background orange with an electric whisk. The white I use is super opaque–about the consistency of peanut butter–and often doesn’t totally combine when I’m mixing colors. In this case, it left white lumps in the orange, which turned out to be streaks of smoke in the background.

The scanning, that’s a little more complicated. Re-doing the picture in Illustrator, which is how I do other banners for print, wouldn’t work. I’m just not that good at Illustrator, y’know? Taking a high-res photo was out, because the only camera equipment to which I have reliable access is just plain ol’ point and shoots. Hunted around a bit and found the one place in Massachusetts that will scan something that big: Parrot Digigraphic. There was a bit of a sticker shock in that the banner required two passes with the scanner and thus two scanning fees, but John, the manager, kept the office open for me over a holiday weekend and wouldn’t rest until he was satisfied with how the scan came out. Love that local business.

The art show and film festival runs June 18-21, and because it costs less for me to hand deliver the artwork via bus than it does to put it in an overnight mail envelope, I’ll be there the night of the 18th. Of the WWI posters I’ve done, I think this one’s the best yet.

This is for sale–the actual piece by request, but smaller prints at Futbol Artist Network.

Posted in finished projects, nats, nuts and bolts, stuff you can buy, ww i posters |

ALL GLORY TO THE HYPNODEUCE

ALL GLORY TO THE HYPNODEUCE

The HYPNODEUCE can be yours! Due to the glitter paint and googly eyes, this one is strictly for use in dry conditions; do not take this to a rainy day game. 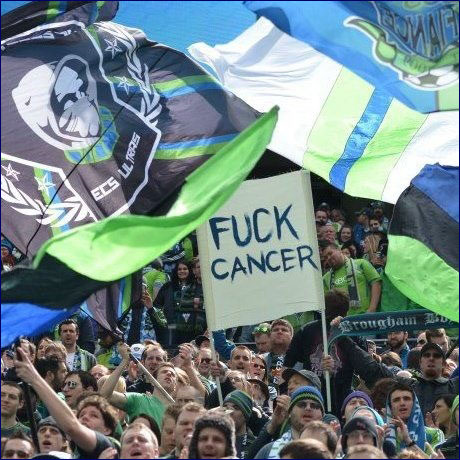 Though she’s not originally from there, Megan Rapinoe’s pretty strongly linked with Portland, where she went to school. Because I know all manner of stupid trivia, one day it occurred to me that the state motto of Oregon (“Alis volat propriis,” “she flies with her own wings”) would make a pretty great slogan for a Pinoe banner.

Now, the cool part: THIS MUG’S BEEN SOLD
Here’s some detail shots. Please note that this is handmade, and, as such, is subject to variation in paint and whatnot, which is to say pay no attention to the parts where I dropped paint.

Like all my banners, this is on heavyweight cotton (in this case, twill), painted with fabric paint, and fixed with nylon straps + brass snaps to hang in your home or at a game. I’ll be selling more banners shortly, as I gotta get to Brazil somehow, and scratch tickets just aren’t a solid investment strategy.

Sold this sucker within 24 hours. Keep checking back for more.

Posted in finished projects, nats, somebody paid for this |

I can’t get to every US game. I’ve got a day job, after all, and sometimes non-soccer travel gets in the way, like this past October, when all my pals were heading to Kansas City to close out this year’s World Cup Qualifiers, but I was off to Pittsburgh for a wedding.

Our pals Doug and Tanya from Des Moines were in town the weekend before, and I asked Tanya if she’d take some banners with her to serve in my stead. I’ve done this before, loaning banners to friends traveling to games I can’t attend. Everything’s always come back safe and sound. “I don’t know,” Tanya said, “at Livestrong Sporting Park they do hang banners out of the way of the crowd.”

“It’ll be fine,” I reassured her, and sent her off with the Boxing Dolo banner and a brand new Herculez Gomez one I’d made specifically to sell.

END_OF_DOCUMENT_TOKEN_TO_BE_REPLACED

Posted in finished projects, goofy, I can't believe we pulled this off, nats |

back to the pumpkin patch

Once again, I missed MLS’s carving contest. This year their deadline was the day before Halloween, and not only had I not started carving at that point, I hadn’t even bought them! I was out of town for weddings and Revs roadtrips for most weekends in October, and just as I got back from Montreal, Hurricane Sandy wound up closing the shops for an extra day. Oh well. It’d help a lot if MLS would put the Revs at home at the season closer, too.

Lee Nguyen, after he scored against Vancouver. I wanted one where his hair is all flying around and he looks like an angry betta. Love this dude, but I really miss doing more Revs pumpkins–hey Jay, see about extending our season how ’bout.

Alexi Lalas, from Back In The Day. Someone tweeted an open dare to carve him back in his ginger glory days, so I had to oblige. He liked it.

I get asked a lot if I ever do shirts with my designs on them, and the answer is always “it’s complicated.” But when Futbol Artist Network started, that was easy–I had to get on board, and I had to do the shirt for ThinkTaylor.org. 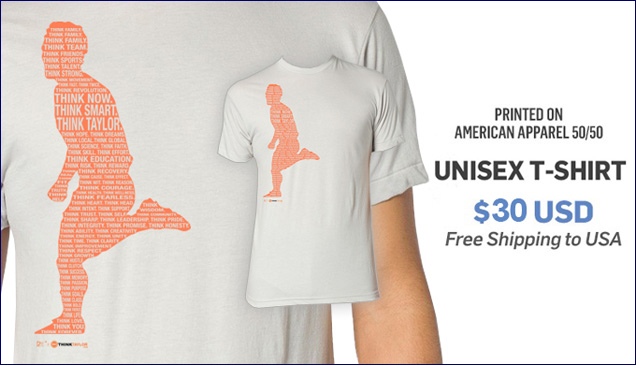 For a limited time, the above shirt (also available in a dark grey women’s cut) can be yours, with proceeds going to ThinkTaylor. Unlike Taylor’s normal shirts, this one is available in more sizes than just “tiny.” Hop to it!

Posted in finished projects, melonhead, nats, revs, somebody paid for this |