More from the pumpkin patch

I carved some extra pumpkins this year, all US national related.

A gift for Magpie, who decided this summer he has his own goalie to swoon over: Hope Solo. And yeah, I’m firmly in the “she was right” camp as far as the World Cup dustup goes. 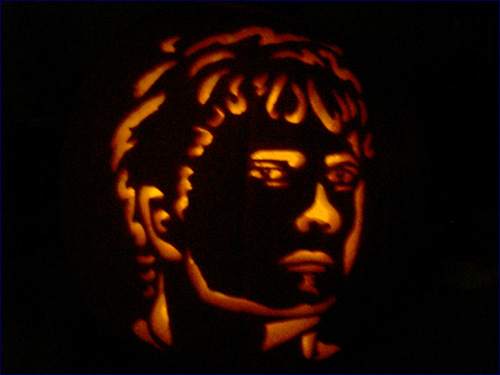 Michael Bradley, which went to Julie’s porch. I’ll never forget seeing him make a cameo appearance at the US/Latvia sendoff game in Hartford in 2006, thinking “whoa, that is NOT the gawky teenager I used to heckle for his daddy’s Mutts.” Can’t say as I really go for the whole Mrs. Robinson fondness a lot of the female fans have for him, though. 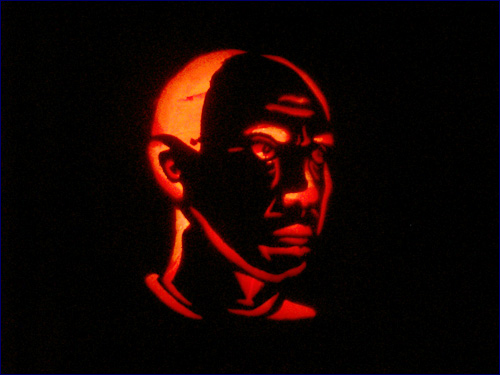 Bob Bradley, which was originally supposed to be for Magpie before I decided the Solo one was a better idea, but I went ahead with it since there’s a small father and son theme I had this year with my other ones. 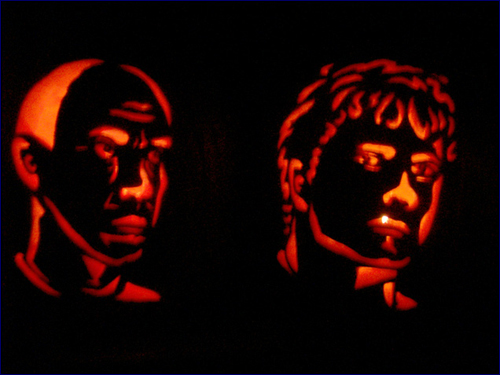 Father and son together.

This entry was posted in finished projects, goofy, nats, pumpkins. Bookmark the permalink.